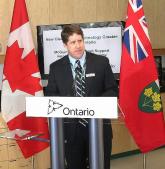 The Complexity of Leadership

Leadership is a complex topic and most often too situational to describe in a paragraph or two. When I am asked about leadership, I sometimes find it is easier to describe what leadership is not than to state what it is. Oddly, I often do this by grounding my philosophy in a poem written almost two hundred years ago.

In my view, good leadership is demonstrated through action and an individual’s commitment to serve others. That is, I see leadership more as a verb and less as a noun. This nuance is best reflected in the poem Ozymandias – a sonnet written in 1818 by English poet Percy Bysshe Shelley.

Ozymandias was an alternative name for Ramesses II, an Egyptian pharaoh who ruled for more than 65 years in thirteenth-century BC. Many regard Ramesses II as the most powerful pharaoh of the Kingdom of Egypt.

Shelley appears to have been inspired to write his famous poem Ozymandias when the British Museum acquired a large portion of a statue of Ramesses II. Surprisingly, this was not a complete statue but rather a fractured head and torso of the pharaoh. In the poem, Shelley reminds us that the stature of even the most powerful leaders is fragile and finite.

I met a traveller from an antique land
Who said: Two vast and trunkless legs of stone
Stand in the desert. Near them, on the sand,
Half sunk, a shattered visage lies, whose frown,
And wrinkled lip, and sneer of cold command,
Tell that its sculptor well those passions read
Which yet survive, stamped on these lifeless things,
The hand that mocked them and the heart that fed:
And on the pedestal these words appear:
“My name is Ozymandias, king of kings:
Look on my works, ye Mighty, and despair!”
Nothing beside remains. Round the decay
Of that colossal wreck, boundless and bare
The lone and level sands stretch far away.

Ozymandias should be a reminder to all those who are in leadership roles that their time is finite; their decline is inevitable and one day they too will be replaced.

In the case of Ozymandias, even a personal statue becomes but a shattered visage.  In today’s context, leaders would do well to remember that their role will too conclude and their real legacy is not in the things that have been built but rather in the manner in which they served. Statues fall and structures will be replaced yet building capacity and being in the service of those being led will be the most lasting legacy of effective leaders.

Today, Shelley would likely be surprised that his 14 line sonnet has become something of a cultural icon. We have seen the poem referenced by Wood Allen in at least two of his films (Stardust Memories and To Rome with Love). In the drama series Mad Men, character Michael Ginsberg quotes the line “Look on my works ye mighty, and despair” and going beyond reference to a single line, the hit crime drama Breaking Bad went so far as to recite the entire poem.

Leadership is a great responsibility. To do it well would be to heed Shelley’s view that in the end, “Nothing beside remains.” Remembering Ozymandias and what leadership is not, is a good aide-mémoire for any leader.

President and Vice Chancellor Professor, Faculty of Education St. Francis Xavier University
View all posts by kentmacdonald →
This entry was posted in General Thoughts on Leadership. Bookmark the permalink.